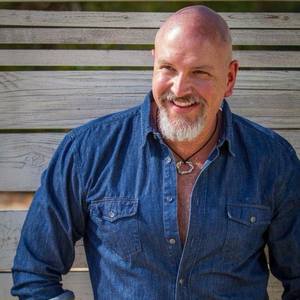 For over 20 years, Michael has been world-famous for creating beautiful collections of original, unique artwork. Born in Annapolis, Maryland, Michael credits his passion for art from his many visits to museums in Washington DC, New York City and beyond.

Michael gained extensive experience in design and fashion through his work with Gucci and Tiffany & Co.  Michael set out on his own in the latter part of the 1990s to start a business etching and carving glass & crystal. Within a few years, Michael had built a multimillion-dollar company that sold 250,000 pieces of hand etched art for the table to the best stores all over the world. He was commissioned by Dom Perignon, who chose Michael’s champagne flutes to launch a new rosé champagne. These flutes were then chosen for the gift bags for the Academy Awards. The Attorney General of the United States chose Michael’s masterpieces as the official gift from America to heads of states, kings, queens, and dignitaries around the globe. Michael created a limited edition collection of appliances for the Jen Air Artezzi line, designed a vase for the Susan G. Komen Foundation, and created many other licensed and exclusive pieces for the best stores in the country including Tommy Bahama and Neiman Marcus.

Since 2004 Michael has resided in Palm Springs, California and opened Galleries selling his new collections of works made from vintage American cars. After 13 years in the desert, his international client base continues to grow. Michael was commissioned by the Steve Chase Humanitarian Awards to create sculptures as awards. His works have appeared in countless publications, including Elle Decor and Palm Springs Life. In 2017 multiple pieces of Michaels art were featured on HGTV’s Desert Flippers. He continues to express himself creatively in his always-evolving art, so there’s always something new to see in the galleries.